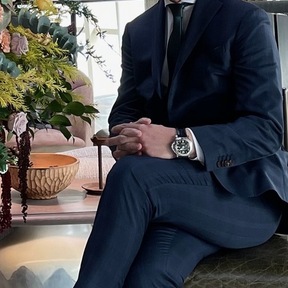 Laurent Chevalier has 25 years of experience in hospitality, worked in 5 different countries and on three different continents.
After having started to work at “La Tour d’Argent” which was a 2 Michelin star restaurant at the time, Laurent spent 14 years in the US working as a General Manager for celebrity Chefs like Francois Payard*** and Daniel Boulud***, and as a Director of Operations for the MARC Group who had both 1 Michelin star acclaimed Italian restaurants “A Voce” in Manhattan.
While he was in New York, Laurent helped to open restaurants in Miami, New York and Montreal where he was in charge of training the staff.

Laurent then decided to experience Japan where he represented Alain Ducasse as a General Manager at Beige in Tokyo. During his 2 years in Japan, he contributed to regain the second Michelin star and made the business profitable for the first time after 9 years of opening.

After he left Japan, he was the Director of Amber in HK, a 2 Michelin star restaurant, and helped bring Amber to number 20 in the World 50 Best and number 3 in Asia.

He also represented Joel Robuchon at L’Atelier in Shanghai and worked as a Director of Food and Beverage for the iconic PuLi Hotel and Spa.

Lastly, worked as an Operations Director for Savor Group in Shenzhen where he oversaw Ensue by Christopher Kostow, a 3 Michelin star Chef from Napa in California and helped the brand to develop new concepts.